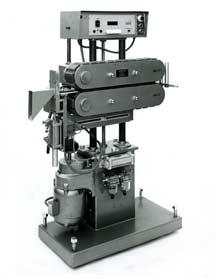 Our company history started in 1968 when Gillard & Co. was founded in Maidenhead (England).

Right from the start we concentrated on designing & manufacturing extrusion downstream equipment, including guillotine cutters and pullers.

The Company was incorporated in England as Peter Gillard & Co. Limited in 1971. 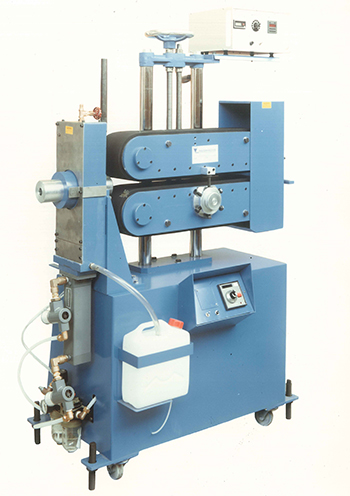 The 'Seventies saw a period of rapid growth with the development of many new machines such as larger guillotines, rotary cutters, heavy-duty caterpillar haul-offs, cooling systems and coiling machines. We even started making plastic extruders! 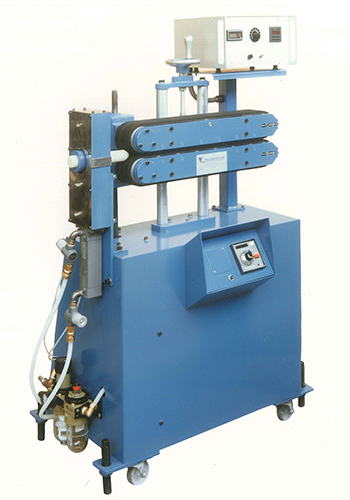 After 12 years in business the machine range had settled down. The core production was caterpillar haul-offs & cutting systems. 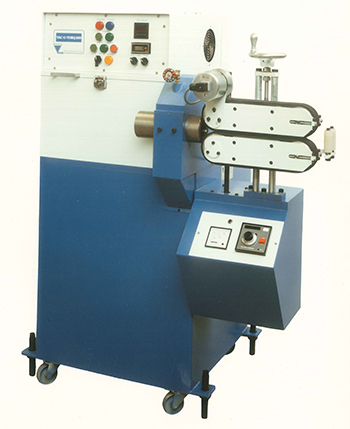 The first Vac-U-Torq® rotary cutter was sold. This range of vacuum clutch/brake machines was highly successful and gave a massive boost to Gillard. Their turnover had expanded by almost 400% by the end of the 1980s.

By 1989 the orginal Maidenhead factory was too small, so Gillard looked for larger premises. 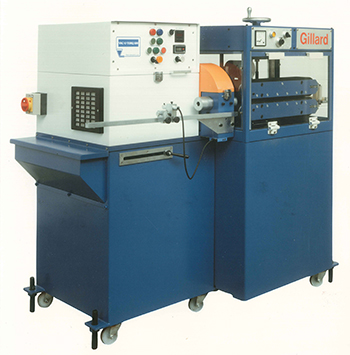 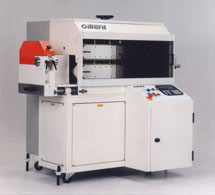 The first Servo-Torq® clutch-less servo rotary rotary cutter is built. The Mk. 1 version is pictured to the left. 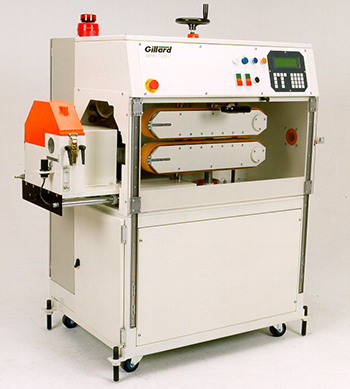 The first cutters for extruded food products are sold.

The first years of the new Millennium saw Gillard expand their range of Servo-Torq® cutters into new markets. 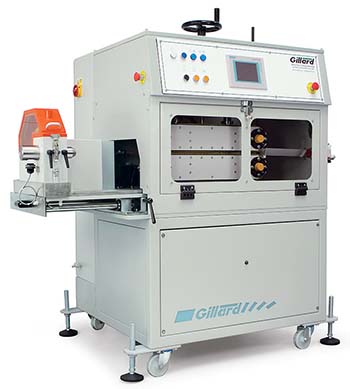 Despite the impact of the world-wide economic slump in 2008 - 2010, Gillard sales expand to record levels, with a high proportion going outside the EU. 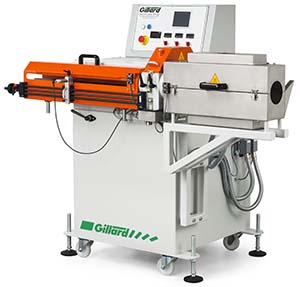 Gillard expanded their range of machines to include pre-heating systems, servo coilers & saws. 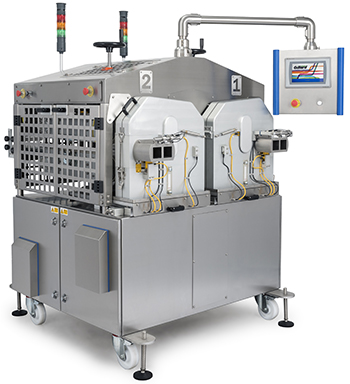 The vast majority of extruded products can be cut with our machines, so why not give us a try?

We will run realistic cutting trials and analyse the results in our fully equipped test laboratory and produce a free report giving you precise recommendations on blade shape, thickness, and speed. We will also advise which cutter is best for your application.